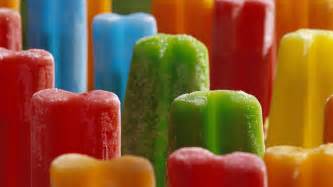 I hate May.  I just really hate it.  I dread it as it creeps in.  On the night of April 30 when I turned the calendar page I texted a couple of friends asking if they were ready….ready for May.  It’s a marathon of events, extra rehearsals, kids cramming, tuition bills, summer activity bills, school elections and tryouts…sometimes with heart breaking outcomes, awards ceremonies, graduations.…I don’t even like Mother’s Day.

Kids grow up in May.  Despite when their actual birthdays are, they all age in May.  Another year done.  Another box checked.  The month of May equals ending.  At least it does for this mom.

My youngest had her Mother’s Day Out “Tea” the other day.  Precious.  They sang the songs.  They answered the questions of mom’s age and favorite foods….all hilariously inaccurate.  They wore the straw hats and construction paper ties.  We wore the corsages and ate the sandwiches and marveled at their talent and artwork.  There were moms everywhere with younger babies and toddlers in tow while they watched their older children perform.  Not this mom though.  It was my baby, my caboose on that stage.  End of an era for me.  Years and years of Mother’s Day Out songfests and teas and this was the last one.

I’m perfectly content with my brood of three.  I’ve got all I can handle with this crazy train.  But nothing makes a uterus contract and a woman 3 ½  years post-partum lactate like seeing her youngest sing “I’m a Little Teapot” in a room full of babies.  I’m 40 and I’ve had 4 C-sections.  My factory no longer works.  That baby ship has sailed for me.  And rationally, I don’t even want to set eyes on that boat.  I’m usually standing somewhere on the bank waving at it screaming “Bye Felicia!” But here we are in May and another chapter closes.  And I am anything but rational.

I hate May.  Twelve years ago we said goodbye to our son in May.  The end of May at that.  So the month of May hovers as one big dark cloud.  Things end in May.  Teenagers change from freshman into sophomores.  Kindergarteners become first graders and leave their nap mats and snack time behind.  And three year olds move on from part time Mother’s Day Out to full time big school.  And the house will soon be empty, five days a week.  And those of us with school age children know that once they start school it is never the same.  They change overnight….they become students.

And in the middle of dreaded May is Mother’s Day. I know it should be a beautiful loving day spent with family but when your family is not whole this side of Heaven, it just sucks.  There’s no other word.  It serves as another reminder of what you’re missing.  Husbands and children can have the best of intentions but your heart just aches.  I prefer to spend it with my own…just another day.  Church, lunch and maybe a nap.  Just make it go away.  I know that I probably hurt feelings in the process but some things you just need to do to survive.  I’m grateful beyond measure for three girls.  Girls that I get a front row seat to watch grow into kind, faith filled mothers of their own.   It is an honor and a task that I don’t take lightly.  Not many of us are chosen to raise all same sex children and I believe that God has a specific purpose in that.  But my heart aches to have a dirty baseball uniform clad boy hand me a bunch of flowers.  I want to be the one in Mass wearing his number on my back in between games.  I’ve heard of the Mother’s Day Mother/Son baseball game.  Put me in coach.  I wanna play.  Thank goodness it’s just one day a year.

So that is May in a nutshell for this mom.  I hate it.  And just as the pity party really kicks into high gear, God shows up.  And reminds me of June.  Oh sweet June is coming.  There are very few things that I enjoy more in this life than summertime with my kids.  Life moves much more slowly.  We sleep late.  We go to bed late.  My husband and I hide from them on the front porch with a longneck or glass of red until the mosquitoes start.  We listen to his very short playlist of Kenny Chesney and Chris Ledoux.  Until I hijack his phone and switch it to Aretha.  Until the kids find us and hijack his phone and switch it to Taylor (Swift, not James).

We swim.  A lot.  We turn into wrinkled, waterlogged creatures until August. It’s a good day when the mint green swim bag comes down out of the closet.  And it’s a sad day in August when it goes back up there.   We have a long standing swimming tradition among a group of us moms who are lifelong friends.  It started over a decade ago when my youngest was three and we were just two moms.  Then more friends had babies and it grew to five of us.  And now some are teens.  And some are tweens.  And some are tots.  But when summer comes, there is no age difference.  They all play lifeguard, school, and Marco Polo.  Until the two 16 year olds need to tan.  Then they sneak out to lay out.  And the littlest of the crew are always throwing rocks in the fountain despite how many times they’ve been told to stop.  But then the popsicles come out.  And they all draw like moths to a flame.  Everyone comes running when the popsicles come out…always “Scribblers,” always with the joke printed on the stick.  And everyone tells their joke one at a time and we all laugh like hyenas no matter how many times we’ve heard them.  The menu is always the same…75 cent chili dogs and Funyuns.  Usually with Sonic half and half iced tea.  Our biggest worry in June is what will we do when everyone is all grown and they won’t swim with us anymore?  And then we realize we are the mommas and if we say they swim with us then they will swim with us.  Any questions?

Then there is vacation. There is always money in the budget for the beach.  Even if there is not money in the budget, this momma finds it.  Right or wrong, and maybe not what some would do but family time at the beach is like oxygen to me.  Salt infused, seagull swarming oxygen.  When there is a 9 year gap between your kids, the years go fast.  When your firstborn has her heart set on going AWAY to college, you want to stop time.  You want to stop the clock.  You want to make the memories, have the fun, take the pictures.  Because when she’s in grad school or med school or engaged, you will still be raising her sisters, still taking them to the beach.  And you want her to want to come.  You want her to want to still make the memories, have the fun and take the pictures.  We can’t get to the beach in May.  Not until June.

We all have our own May.  It’s the way God does life.  He peels layers.  And every May He peels another layer or two or a hundred of mine.  I just finished a pretty in depth study on the Book of Ruth.  Ironically it was a four week study that began on May 1st.  Ruth starts out as a story full of loss and famine.  The study was slow…as in 3-4 verses a day.  It was so tempting to read on ahead and find out what came next…to be assured that it all works out…but that was the point of such a slow pace.  To sit with it and soak it in.  To be patient while God worked it out….just in time for June.  And oh how He DID work it out for Ruth! Little did that destitute and shunned widow know the place that God held for her in the history of creation.  All she had to do was be obedient and believe.

I hate May.  But we all need May or whatever famine or loss we are given.  It’s a running theme with God…the whole beauty from ashes; darkest just before the dawn; good things come to those who wait thing He loves to do.  So here I am with another May under my belt and my kids have aged yet again.  They are another year older.  But then He reminds me that in order to have the girl who wins the academic awards and soars into her sophomore year with a 4.0, then we have to get through the freshman May.  If we want to watch with pride as our speech and language challenged six year old says even just four words into a microphone in front of a crowd, we’ve got to get through the Kindergarten May.  And we’ve got to watch her hold that candle sing about lighting her world….a rite of passage ceremony for kindergarteners at her school and one that both breaks this momma’s heart into a million pieces and overflows it a million times over at the same time.  And even when your heart breaks yet again as you watch her battle with anxiety win another round, you realize that there was a day that she would not have been able to say those 4 words into the microphone.  How far will she come by the next May?!  And finally, if we want to watch our caboose find her wings and get to play on that buckle bridge at big school then we’ve got to get through Mother’s Day Out May.  (Truth be told that one was born with wings and fire in her belly.)

Whatever your May might be, June is coming.  Sweet sweet June.  Because May is always followed by June.  And thank you God for that.