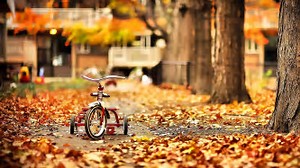 October.  Ya’ll.  What is it about October?  Ask any mother with school age children.  There are three months each year that send a shiver down our spine.  May and December obviously.  But then there’s October that’s like a sleeper cell full of snipers that attack.  It’s the height of football season, Halloween prep, pumpkin spice EVERYTHING (seriously, I just can’t get on board with pumpkin spice ANYTHING), Homecoming, Fall Fests, decorate for Fall or not decorate for Fall? The stores are exploding with Christmas but you’re still trying to decide whether to get your orange and brown out of the attic. A cool snap hits and nobody has any long pants that fit much less a jacket. And we all know how I feel about Halloween treats.  October.

But we’re in the home stretch now. We’re hours away from checking the October box.  Another insane “season” of crazy chaos  soon to be replaced by the mother of all seasons.  Let me rephrase that…the mutha of all seasons.  There’s that shiver again.  Maybe we lump our chaos into categories to help us process it?  Maybe we subdivide it so we can let ourselves think when we check the box then this will happen.  Because who are we kidding?  It’s never going to be calmer, quieter, simpler, easier, less expensive or less busy.

My one flaw–my only flaw because besides this I’m just a peach–is I spend so much time in the “when.”  When this happens then that will be better.  When When When.  Then Then Then.  Lie Lie Lie.

Don’t drink the kool-aid moms.  It’s lies, all lies.  When we build the house and have more room, more space, more stuff, more land, more fresh air then life will be so simple and lovely and organized.  No it’s not!  It’s more expensive, takes longer to clean, longer to maintain and it’s farther from town!  And town is where the schools are, the dance classes are, the doctors are…for the love of humanity it’s where the stores are. The house is more roomy and quite lovely but it’s anything but organized.  We’re too busy to organize.  And it’s certainly never clean.  Not as long as there are little people living in it…which is why we needed more room and more stuff to begin with.

When they all get in school then I’ll get more work done, more housework done, I’ll be more organized.  No you won’t.  Because somebody will always be sick, have a doctor’s appointment or need antiseptic put on their ear at 11:20 on a Tuesday morning.  There will always be the thing you volunteered to do “now that they’re all in school.” And there is that list of things still undone that you saved for just that day.  When they all get in school, then you’re just as busy and consumed as when they weren’t all in school.

When she starts driving then things will calm down.  I won’t be running around as much.  I’ll have more time.  Another lie because the when she starts driving is replaced by the then you start to worry.  And there ain’t no worry like a momma worrying about her kid behind the wheel kind of worry.  And the emotion.  Like when she comes home that night after her first solo trip to dancing and she walks in your room.  You’re playing it all cool like Oh hey, you made it back?  When the truth is you and your husband (who is 722 miles away) have been simultaneously tracking her every movement  on the Life 360 app.  You know how fast she drove, you know if and when she used her phone.  You even know how much charge her battery has.  So she sits on your bed and says she missed you on the trip home because “that’s when we talk.”  Gulp…but you calmly wait until she walks out before you hit the bathroom floor in a puddle of tears.  For 14 years you’ve been making that trip with her.  Many, many late nights just you and her headed home.  Many nights you sat in that parking lot balancing your checkbook, making more to do lists or watching Netflix waiting for her to finish.  You’re usually the mom hauling extra kids here and there.   But that was always okay with you because you throw a few girls in the back of an SUV and guess what?  They talk.  A lot.  And you listen.  And that’s how you get to know the girls your girls are friends with.  But just like that it’s all over.

When he gets back from this trek to West Texas then things will be calmer. There will be another pair of hands around. No they won’t because then his supper expectations will exceed the two weeks of nuggets, macaroni and homemade pizza you’ve been serving.  He’s going to prefer stuff that requires using pots…on the stove.  He’s going to want his clothes washed and folded too.  And the TV will go back to being on Fox News (not NFL because he’s still boycotting). But the calm does come in the way that only the things that go wrong when he is gone won’t go wrong while he is home.  On his last trek, the dishwasher flooded the kitchen, you ended up in a boot for three weeks over the bone he broke in your foot (the toe is part of the foot!),  and you had skunks in your tree (of which have now been relocated to Heaven no doubt courtesy of the big black F250 that speeds down your road twice a day. RIP skunks…said no one ever.)  However during this trek of his, you’re still dealing with a semi gutted kitchen and sheetrock dust everywhere.  The dog ate an entire tube of very strong steroid cream and had to be rushed to the vet to have his stomach pumped.  So serious that you walk in at 5:45pm and they are waiting for you trauma room style to take him “stat” to assess him.  They decide that with him weighing in at 4 pounds, the pumping of the stomach is more dangerous than the cream itself so they give him activated charcoal, an antacid and an antibiotic and send you home for him to pass it.  There is no way to prepare yourself for a dog to pass things via activated charcoal.  They don’t teach you that in college.  You also got rear ended pretty badly and ended up on muscle relaxers and anti-inflammatory meds.  Your trunk won’t open and you’re probably about to be put in a Fred Flintstone rental car.  You’re flying solo for trick or treating and you had to handle two flat tires.  But nonetheless it will be smooth sailing when he comes home. Because it only hits the fan when he’s 722 miles away from home.

The when is not always better because the then is not always the answer we’re looking for.  The now is the answer.  It’s when magic is made.  Every season has its own chaos and drama.  And wishing it away only means the next season of chaos and drama will be upon us.  But looking back on the last season makes you wonder why you were so ready to check that box in the first place.  Did we see how good and blessed and beautiful that season was when it was upon us?  Did we notice it?  Like when you’re holding your friends four week old baby and you can’t stop smelling the top of his head.  And you snuggle that baby in all of his light blue smocked adorableness and don’t want to let go.  It’s been a long time since you had a baby in the house and a really long time since you had one who wore blue.  You watch her try and scarf down her lunch while her hands are free and you know her mind is flooded with what lies ahead in the afternoon with two other kids and a baby in tow.  And the homework and frustration that may follow.  She’s worn and she’s tired but you think Does she know?  Does she know how fast it will go?  Does she know that she will blink and those homework challenged afternoons will soon be gone and replaced by monitoring her phone app while the same child drives across town?  No she doesn’t know because you surely didn’t know!  You didn’t know it yourself until a week ago.

Oh they all told me.  It goes so fast they all said.  You’re gonna miss this they all said.    I’d smile and say That’s what I keep hearing but I don’t believe you all!  Most days I’ve got one who needs to be picked up here and brought there and in between that I’ve got one who needs to study math facts and high frequency words and the other needs steroid cream, probiotics and a bleach bath and the gum cut out of her hair and supper is still frozen in the sink and there’s an installation tomorrow and birthday party invitations to address and oh crap I didn’t order the birthday party invitations and we forgot to get an allergy shot this week!!!  I will not miss this.

But it’s in the car driving everyone every which way every day that the two littles learned every single word to Missy Elliott’s Pep Rally and then moved on to James Brown’s Get Up On It followed by the Spice Girls Wannabe. It’s in the car that your oldest decided she likes country music and KLOVE.  And by waiting for “when” that season was over, the “then” means we’re not in the car all together anymore. And I already DO miss that.

So I’m studying Philippians right now.  If you keep up with this blog you know it tends to always tie into the study I’m doing!  It’s a study on joy which is ironic because Paul writes it from prison where he is being tortured and persecuted for preaching the gospel.  The author of the study quoted Augustine in her introduction:

Our heart is found in the middle of the chaotic, noisy, complicated, hard seasons.  Because when we struggle, when we are overwhelmed, when we are just getting $h!t done….then we are growing in strength and resolve, then we are developing character (ours and theirs), then we are making magic. And if we’re lucky, we see the joy in that season before it passes instead of looking back from the next one.

5 thoughts on “The When Then”